Hudson Entertainment's director of marketing John Lee has confirmed a number of details regarding upcoming WiiWare content, including the existence of an all-new Bomberman.

When asked whether Bomberman was coming to WiiWare, Lee responded by saying: "Yes. It's coming. Details are still being finalized. It will be different than Bomberman Live. But it's still the classic Bomberman, if you catch my drift."

"It's probably one of the few classic games we are bring[ing] out on WiiWare, but digital download is really where Bomberman shines."

Lee also mentioned that Star Soldier R's US release is still pending, there are no final plans to bring the final SNES Castlevania game Dracula X to the console and Virtual Console resolution problems are caused by guidelines and not intentional.

Addressing concerns that Hudson is almost missing the point of WiiWare, Lee also hinted that original content could be a possibility, based on smaller and unique ideas.
Click to expand...

So this is not an online game but a collection of classic BM games or something?
B

And yet they couldn't get online play in Bomberman Land?

But, I'll still be happy to buy the Wiiware version.
W

Wii ware version all the way! Also bonk is coming to the Wii a new one.
F

If it has online multiplayer awesome!!!

If not, then they are idiots!!!

All they need to do is a version like Bomberman Live Arcade. Lots of maps, online deathmatching, and costumes to make it worth your money.

The fact that Bomberman Land did not have Wi-Fi deathmatching is a crime. The game would have sold much better if it did. It's such a simple feature...a needed feature in today's bomberman games!
F

Apparently there are now 2 bombermans in development.

The one mentioned in this thread is for WiiWare. Not sure if it is online or just classic bombermans re-released with new graphics or a whole new game.

And a new online version that will ship on DVD for Wii. Here is a thread with Famitsu scans of this title. According to IGN this is NOT the WiiWare game.

And then there is the current Wii game with no online and mostley minigames called Bombermand Land!

And let us not forget that Bomberman is available via VC.
S

i miss the old bomberman versions with dino eggs and rabbit-like cretures or monsters which you can ride on them!!!!!! WHY IS HUDSON NOT PUTTING THEM IN FOR ALL RECENT YEARS' RELEASES!!!!!
M

It would be cool if they had like an online tournament mode, with levels like the original, only when you kill all the others in your box you could then blow through the wall to a different room for the next round. I guess that would be more of an online endurance mode, with prizes for getting to certain rooms or levels. maybe a three strikes health bar? Oh, for gamerscores for wii...

It turns out that wiiware bomberman will have 8-player online deathmatching.

Here are the screenies from IGN... 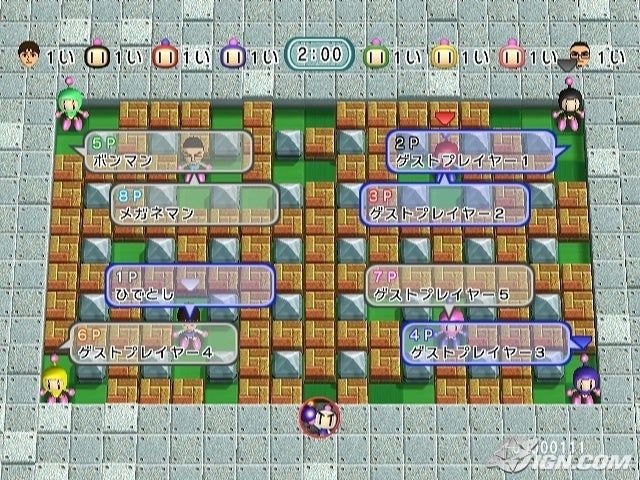 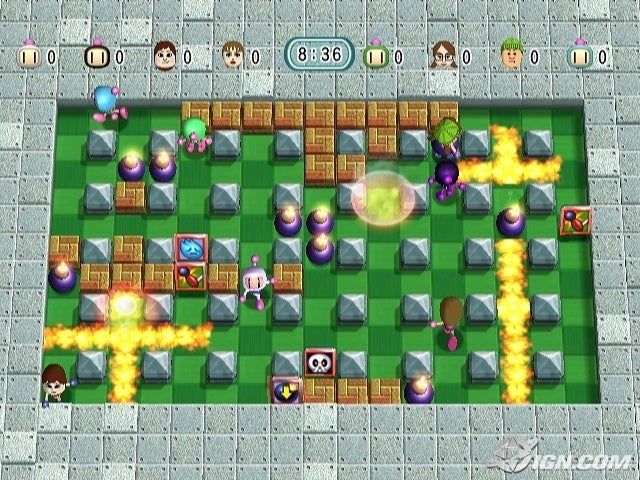 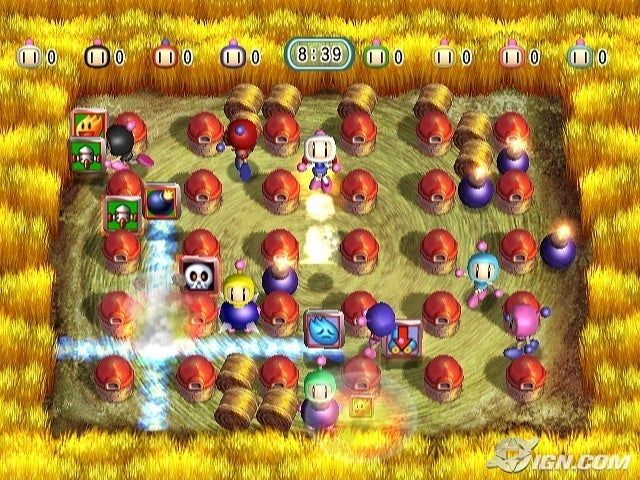 ty for screenies, hope they have cool maps with coal trucks etc
You must log in or register to reply here.

H
WiiWare: What a Great Lineup!
2