Castlevania rondo of blood gets a release date...doesn't say when though 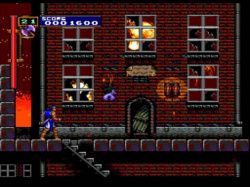 One of the PC Engine CD's finest!

The OFLC delivers the goods once again.

It is because of today's daily OFLC update that we know two more import titles making their way to a Virtual Console near you sometime in the future. And one of them is none other than one of the best Castlevania titles ever crafted.


Castlevania: Rondo of Blood was released on Virtual Console way back in April 2008. That is, in Japan - When asked about a possible import western release of the game, Konami commented that the game contained quite a lot of Japanese, both in text and voice acting, and since translations are not allowed for import games (To preserve the feeling you're truly playing a game you never got), they were unsure if it would ever happen.


Well, it turns out that it is happening! As you can quite clearly see here, the game has been approved and is completely ready for release whenever Nintendo sees fit. Will it be this week, as Christmas surprise? Will it be next Halloween? Will it be in 2 years? We'll just have to wait and see, but at least we know it's definitely coming now!


Slightly less surprising is the rating of Ironclad. Released in Japan as Chōtetsu Brikin'ger, it was originally planned for release in North America (As Ironclad), but it never happened. However, strangely, if you were to import it and place it in a North American Neo Geo system, the game would actually play and display its English title! Because of this, we're not quite sure if it will be considered an import or not, but if it is, it would make it the first Neo Geo import on VC. We actually thought it wouldn't be released and reviewed the Japanese version not too long ago - Give it another read and see why it might be one to put on your wishlist.


Will you be downloading either of these highly praised import titles when they're available?
Click to expand...

I think i'm download it, when it hits the store.

I should've put this under the virtual console section...sorry.
Last edited: Dec 22, 2009
You must log in or register to reply here.

Castlevania: The Adventure is Reborn in Europe Next Week