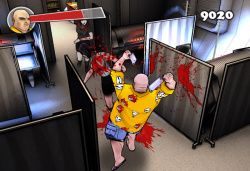 More blood on a Boeing

Talk to Bloober Team ahead of the game's launch

If you're in the market for a bloody good time on WiiWare (groan) you're probably looking forward to Bloober Team's Last Flight, the cartoon-style slasher due out in the near future. Well, you'll probably also be interested in the launch of its new official Facebook page, which just launched today.
Don't take our word for it though - gaze lovingly at this press release, soak in its information and then check out the brand new screenshots at the bottom of the story.

Bloober Team today has unveiled Facebook page for its upcoming action-adventure horror, Last Flight, along with three new screenshots showing the game in action.
On the new Facebook page gamers can connect with other fans of the game, request features and stay updated on everything Last Flight. The page will be updated with every bit of coverage the game receives, as well as additional materials, such as artworks or screenshots.


“We want to be in touch with people and our Facebook page is a great way to interact with them,” said Marcin Kawa, Executive Producer, Bloober Team. “We’re making this game for you and I can promise that every comment will be carefully considered. Don’t be shy, join us today and speak up!”
Last Flight is an action-adventure horror split into four episodes, spiced up with some dark humor, unique characters and a great combo system. Main character, Larry Adelman - a bald, chubby food critic - is unfortunate enough to be on the same plane as a bunch of bloodthirsty creatures. Equipped with two meat cleavers he tries to survive and find out what the hell are vampires doing on that plane.
​
As promised, here's some new screenshots of the arterial aerial action, and don't forget to swing by the game's Facebook page, and let them know Nintendo Life sent you.
Related Images 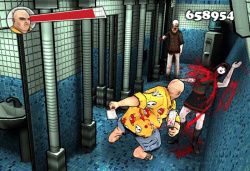 Is this on a plane? 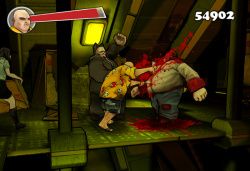 You've got red on you

Probably one of the WiiWare games worth getting.
You must log in or register to reply here.