The Legend of Korra Thread

This tread is dedicated to Legend of Korra
Post any theories, speculation, what you want to see, or anything Avatar

Episode 1 and 2 have been released

This thread shall live.

What did you think of the first episodes? I have high hopes. I think it might be even better than the first series.

i never watched any episode, do you think that it is good to watch? like the first series?
OP

weavile001 said:
i never watched any episode, do you think that it is good to watch? like the first series?
Click to expand...

You can download them on itunes for free now
Watch it now!!!!!!!!


Missingno. said:
This thread shall live.

What did you think of the first episodes? I have high hopes. I think it might be even better than the first series.
Click to expand...

I also have high hopes. It will be different but similar.

My theory is that Amon is an Energy Bender. Before you say that the Equalists are not Energy Benders, they are not apart of the “Anti-bending” part of Energy Bending. They did not say that the Equalists had a connection to the “Bending” part of Energy Bending. After the war, I bet the people in the Avatar World would want to know how Ozai lost his Firebending. Whether if Aang told the people, or Aang taught his children, or it was written in a book, or the spirit library came back through the convincing of the professor, or someone found old manuscripts, or the Lion Turtle taught another, or just through experimentation Amon learned about Energy Bending.
Another part of my theory is based around Avatar Roku calling the Avatar State a "defense mechanism," which makes you wonder if the Avatar was created intentionally. Notice how the Lion Turtle said "before the days of the Avatar, people bent the energies within themselves." Also keep in mind that Ty Lee was able to block the Chi of a bender to keep the bender from bending. This implies that the way chi is placed in a body determines if a person can bend and what type of bender the person is. This is also supported by the placement of the Chakras. By using Energy Bending I think it could be possible to turn a non-bender into a bender. And going off what the Turtle said I assume the Energy Benders of Old created the Bending Arts and an Energy Bending prodigy or a group of Energy Benders bent the Chi in a body in such a way that the person was able to bend all four elements. Not only that, but they managed to create the Avatar State.
Going back to Amon, I think he either resents benders or he wants to be all powerful or possibly both. I think in the beginning he wanted to rid the world of bending with the use of Energy Bending. But as he experimented with Energy Bending he found it can also grant people the power of bending. I believe Amon wants to become as powerful as the Avatar, and at the same time rid the world of the Avatar using Energy Bending. There are two ways of becoming equal, subtraction (riding the world of benders) and addition (becoming a bender or as powerful as one).
What a finale would that be! Two people who can bend all elements in an awesome conflict between the forces of good and evil. A battle, which will determine the fate of the whole world!
Keep in mind I wrote this a while back
Last edited: Apr 3, 2012
OP

The pics in the spoiler are from the Korra promos (mythology and maybe some others)
[video=youtube;zarWssO-WoA]http://www.youtube.com/watch?v=zarWssO-WoA[/video]
I also have a theory that I wrote a month ago and so far some of it looks true 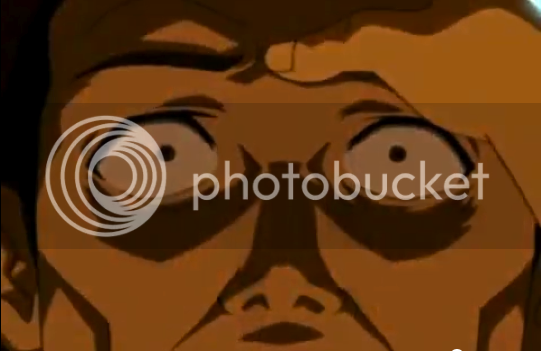 Interesting theory. I definitely think it's more likely that he wants to be a bender than take bender's powers away, unless he wants to do both. That would make for an interesting story if people started losing their bending, as long as they could get it back of course because I don't want to watch at all if there is no bending.
OP

What is your take on the pictures?

Well... It looks like Amon is taking peoples' powers away XD
OP

I think the top pic could be Mako

Yeah, the hair is definitely similar. That will be cool if he gets lightning bending.
F

It sure seems interesting... but I´ll wait untill the Nick channel around here begins to air it... just give it some time... could be the only thing worth watching in Nickelodeon these days... Re-runs of classics aside :wink:
You must log in or register to reply here.

D
alvin and the chip munks or i am legend