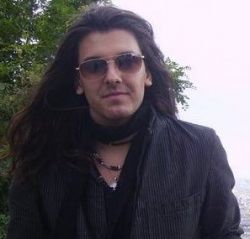 Luc Bernard opens up about his current projects.

Luc talks about his many upcoming projects.

Well we're constantly seeing new artwork and rumors about what our good friend Luc Bernard is currently working on and with these rumors beginning to mount, we thought it might be time to get in touch with him in order to find out any new information on his plans for the various Nintendo platforms. Of course with any Luc Bernard interview also comes the inevitable question as to when/if Eternity's Child will ever make an appearance on the WiiWare service.


If you're curious about what Luc has been up to or just don't have anything better to do at this very moment in time, sit back and take a look at what he had to tell us in this exclusive Nintendo Life interview below. 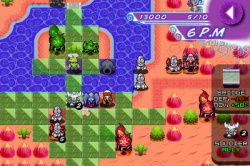 Nintendo Life: How did you come up with the idea for Mecho Wars in the first place?

Luc Bernard: Mecho Wars is the start of a new franchise, which will involve Mecho Tales and the last title of that franchise being Mechopolis. All of which will have different gameplay, but that will tell the story of that world.


NL: What made you want to bring Mecho Wars to the WiiWare and DSiWare services?

LB: Well Wiiware I believe having it on a TV with your surround sound system will just enhance the experience; it will let you get more into the world, and escape into something other than reality.


NL: How long have the WiiWare and DSiWare version of the game been in development?

LB: Since this summer over at Flying Tiger Entertainment. 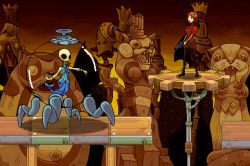 NL: Can we expect the two version to be released close together, or are you trying to space them out?


NL: Can you tell us a little bit about the gameplay in Mecho Wars?

LB: It's like the average TBS, only every hour goes by and at night things happen that can change the whole strategy of the game.


NL: Was there any specific game(s) that influenced your design of Mecho Wars?


NL: What are some differences between the iPhone version of the game and the WiiWare and DSiWare versions?

LB: The Wiiware version will have remade graphics for the TV. The bigger resolution. And also an additional soundtrack by Sean Beeson, as well as remixes from other great artists. 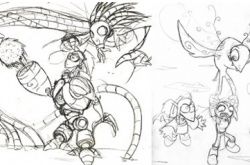 NL: Will the DSiWare and WiiWare versions be similar or are they two separate games? And you've already updated the iPhone game with Version 1.1, are you planning to add any additional content to the WiiWare or DSiWare releases?

LB: Well the iPhone version just recently got an online multiplayer update too with achievements and rankings, as well as 4 different modes never seen before in a TBS. The Wiiware version will have the challenge mode as well as all the campaigns.


NL: What type of control method will be used in the WiiWare release? Any motion or pointer controls?

LB: I would find the pointer controls to be annoying and the motion pointless. So it's really a classic control scheme.


NL: Can you give us a little information on the "Revive Me" theme song from the WiiWare release? How did that come about?

LB: Well I have friends in the music industry. The song was written by Naz Tokio and produced by Nelly and there were others written too, but I decided not to have them all in this version. Slowly then it morphed into something new, we decided to instead create this whole artist around this. So it has taken on a life of its own. I will be looking after art direction on this project. Since I believe the music industry now has no soul or meaning or appeal to most people, I hope this new project can bring something different that can connect people again.

NL: We've read that both games have been approved by Nintendo. Is this true and any idea when we might see them released?
LB: I think there was a misunderstanding, when you do a game for those services first you need to pitch the game to them in order for them to say yes to it to go on the platform. So that is what it got approved for, not for release.


NL: It wouldn't be a Luc Bernard interview without at least one mention of Eternity's Child. Any idea when/if we might see this title finally released on the WiiWare service?

LB: I would rather just say ask Alten8. I have no idea since I have no control over it, and if I was honest at this point I don't think it's coming. It's been over a year since the original came out on PC and still no sign of it on Wiiware. 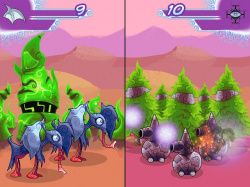 NL: Can you give us a hint about what you might be working on after Mecho Wars? We noticed Rose Princess mentioned on the Oyaji Games web site. Is that one still coming?

LB: This summer I have been working on a game named SteamPirates which is an RPG for iPhone and PSP minis. Mainly a comedy, with fat cats, rockstars, pugs and mermaids in fish bowls. Maybe I should get a Wiiware company to port it for Wii? Or you could just take your Wii to pieces and insert the iphone in there and pretend it's on your TV.

Rose Princess is still in the projects, the only problem is that I'm having issues figuring out what the story should be and how far I can take it. Since it's about the music industry and how they manufacture everything now, rarely anything is real now, artists don't even write their own songs. I also want to bring Megan McCauley my ex in on it, since I originally designed it in an idea to promote her album. But I don't think her record label likes me. The story I have written so far is also maybe a bit too dark. But I think it should probably be out Q2 2010.

NL: Mecho Tales is the sequel to Mecho Wars, which is not a TBS, but an action platformer. Which consoles are you planning to release it on?

LB: That I will let you guess. This summer with David North we were working on some concepts of a vampire/werewolf game (how original) but at least it didn't involve them making out. Here is a 3D render of what it would of looked like, we do not know if we will continue it, so it's on hold since I have a lot of other games to do, but you've got to admit it would have been a really nice looking 3D Wii game. Maybe if we get enough people wanting it we may continue it.
I would also like to move onto doing more personal games, I recently lost a very dear friend of mine and I would like to do fairy tales that people can relate to.


There are just so many things going on in my brain that it is hard for me to do them all, which I find terribly frustrating.
NL: In closing, is there anything you'd like to tell our readers?
LB: I am recently obsessed in bears now, not just pugs.

We'd like to thank Luc for taking time out of his busy schedule to take part in this interview with Nintendo Life.
Click to expand...

Telltale Games: 'Wii Audience Is Perfect For Us"

Game developers: Nintendo is not doing enough to promote WiiWare and DSiWare

Interview on red steel 2 & ask questions to the developers!