heres a picture of the error

I did go to a freind to plug and set my wii up but without succes, it seems that Squall7 is wright,. need to setup the internet connection in the wii settings screen :X
If theres anyway to clear my hd inside my wii, or if theres any dvd with an autoboot that will clear my wii, im all ears

Squall7 said:
I'm pretty sure you still have to set up a connection on the Wii first though. And since what defrb is describing is a screen that you cannot escape from, you cannot set the connection for the Wii itself. A catch 22 situation...
Click to expand...

gotcha, i mis-read:mad2: as he mentioned only happening without a net connection...

thats what i get for browsing wii chat when im supposed to be working...

as for a wii-boot disk, i havent heard anything, but that isnt to say they dont exist
OP

Yeah it bricks if your wii isn't up to date and online.
W 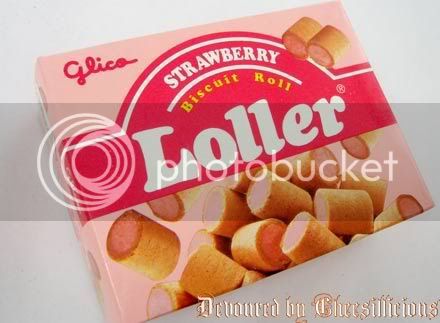 They got owned by Modding =/
A

I have thought of install an WiiKey in my Wii, so i can import NTSC games to my PAL-console. Cause the most PAL games release is like 6months after NTSC release and that SUCKS! That plus the NTSC games are much cheaper than the PAL games. Atleast in Sweden.

Squall7 said:
Well, that's what you get for modding. It's not Nintendo's fault some people are not patient enough to wait for a PAL release. Heck, if the PAL version were to screw up your PAL Wii, then you can get a replacement.

I'm not neccessarily against modding, but when you mess with the insides of a console, you're really on your own, and have nobody to blame but yourself.
Click to expand...

I agree that it's not a good idea to mod consoles (mainly because of all the internet firmware updates which companies now do with them).
I also protest that we shouldn't have to wait 2 months longer than USA to get what is by then an old game.
D

Allow me to once again mock the modders who thought they were beating the system: HAHAHA!
J

Skorp said:
PAL vs NTSC are conventions for storing data. Different technology is used in different areas. I take it that only the NTSC version has been released (the one in america). People with mod chips are downloading the NTSC version for their PAL wii and this is ruining their wii turning it into a paper weight, or in other words a useless, white, pretty looking brick.
Click to expand...

Close but not completely accurate. PAL and NTSC are standards used in Video Systems. So lets say a DVD purchased in America (NTSC) will not display correctly on an European dvd player (PAL) . You'll probably get a distorted B/W image (the audio will work correclty though). This limitation alone does not limit you on what kind of console you want to play the game, that is why an additional coding is added to the games.

So even though America and Asia both share the same video standard (NTSC) the "UC" and "J" designations are the ones telling us that the games are coded (read region protected) for those areas only.

E7ernal said:
I agree that it's not a good idea to mod consoles (mainly because of all the internet firmware updates which companies now do with them).
I also protest that we shouldn't have to wait 2 months longer than USA to get what is by then an old game.
Click to expand...

I second that. We have to wait unbelievable amounts of time just to play a game that is already out in America. Sometimes we don't even get any different content either. Really looking forward to Paper Mario, even though I haven't played the others.

Although the UK does sometimes get games before the US (rarely though). Things like Warioware, Wiiplay and stuff...

Isn't here as much

So much for undetectable chips.
I

well my ntsc wii still works great with my wiikey............ i only use ntsc games obviously
K

hey guys, im one of the unlucky bastards who now has a brick, i was wondering if anyone has tried connecting to the net using one of those lan cables that plug into the USB? i was thinking since you need to define the SSID, encryption, etc and with a wired you dont have to do anything perhaps it could connect automatically?? if anyone could try that and get back to me thatd b great. im working on a possible solution so ill keep you guys updated

I would laugh at all these PAL users who bricked their Wii's with illegalness, but if I had the chance to IMPORT the game and it buggered up my Wii... so I laugh with a sad face for you.
I mainly want to get the Wii chipped, as many people said, because we get Wii games very very late, or even never, after US release. I mean, I was looking forward to Trauma Centre for so long, I didn't buy the DS version so i could get a whole new experience. It was a launch US game, and no official release date here yet...
Thats were importing comes in
Mehhhh... I need to move to US or something just to get all these games and bring them back or something...
T

Hi guys, just thought I'd put my two penneth in. The reason the consoles are bricked is because there is a NTSC firmware update in the USA paper mario game. If you have not got the 2.1e firmware on your PAL Wii then it will try to update it and as its different hardware it will brick it. If you've got 2.1e then it wont bother trying and plays fine.
Sorry to the guys who have bricks, so far, even if your on the update screen there is no fix.
So if you have the latest firmware, 2.1e, on your PAL , then this game plays fine on a chipped wii, but this will keep happening to chipped consoles unless you keep the firmware updated, both on the console and your wiikey.
Maybe someone will figure out a fix for a bricked wii, but personally I doubt it, sorry :nonod:

I think this thread has scared me from ever modding my Wii... long release dates, here I come! Guess its just DS game importing for me...
You must log in or register to reply here.