Reaction: Doom and Gloom Merchants on Wii U Being Nintendo's Last Home Console 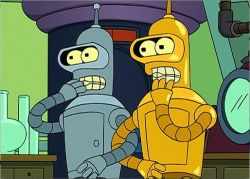 All together now... DOOOOOOOOMED!
We discuss the casual dismissal of Wii U in some quarters


In a regular series of features, we're going to take a rather strong statement or opinion expressed about Nintendo, and give our own take. These opinions aren't those of the site as a whole, but rather of a collection of your humble Nintendo Life writers.


This time around we're looking at a fairly strong dismissal of Wii U in UK magazine GamesTM, which wrote the following in an entry referencing the launch of Nintendo's system last year.

18 November 2012 - Wii U released. Quite possibly Nintendo's last foray as a closed platform, this features 360-generation tech — which won't be enough to cut it against the Android consoles.
​
Below are responses from three Nintendo Life staff, in the order they were written.
[h=2]Mike Mason[/h] To dismiss Wii U as nothing more than an Xbox 360-level system does a disservice to its greatest asset, the GamePad. No other console has such a function, which has huge potential for exciting gameplay ideas – or simply lets you continue to play games without invoking the ire of television-desiring family members. The landscape is no longer about power alone; unique experiences and convenience also play big roles, as proven by the rise of media and social services on consoles. To consider the system in such black and white terms is ignorant; if power was still the sole barometer of success, Wii would never have made it off the production line. Wii U might not be soaring just yet, but at a few months old it's still only a fledgling console.


Flippant predictions like this never seem to acknowledge that Nintendo is, aside a recent blip, consistently profitable. Financially, if push came to shove, it could grumpily eat the consequences of a failed console and spit out a fresh one – maybe a few times over if it deemed absolutely necessary. Though I'm not sure the shareholders would be massively impressed with such a turn of events.


Why would Nintendo leave behind the hardware business, trading in the profits provided by console sales and royalties from third party developers, in favour of a software-only approach – and likely a smaller cut of the money generated by its own titles – on other manufacturer's machines unless it absolutely had to? Nintendo will continue to make hardware for as long as it makes economical sense – and let's face it, with properties such as Mario, Pokémon and Animal Crossing exclusive to its platforms, thus driving sales, there probably isn't much reason for Nintendo executives to be waking up in a cold sweat just yet.
[h=2]Jon Wahlgren[/h] Had we taken a pinch of salt each time someone cried "doomed!" about Nintendo then surely we'd all be dead of sodium poisoning by now. But let's not be insular and dismissive here: the gaming industry is changing, and no matter how big a boat Nintendo is they are very much affected by the tides.
GamesTM aren't necessarily wrong, although that doesn't mean they're right either. I don't think the company is anywhere close to going under, but its obvious that the industry is shifting right now and it's increasingly opaque what the other side will look like. I find it interesting how they refer to the Wii U not as their potentially last (presumably home console) platform but as their last closed one, as if to suggest an App Store-like ecosystem that anyone can get in on. I don't know how attractive that idea is, personally.


However valid its points may seem now, I think the criticism is very much premature and full of assumptions. The Wii did OK for itself with lesser specs, all told. Android platforms like Ouya haven't yet proven themselves to be desirable to mass audiences, even if the fantasy is seductive. Only one direct competitor in the space has even revealed its next platform, leaving a lot of questions open about what Nintendo is up against this time. And while Wii U sales may be pretty poor now, Nintendo has shown with 3DS that they can right a ship even if it's painful to do so.

Let's just give it a year, shall we?
[h=2]Tom Whitehead[/h] I think both Mike and Jon are spot on. I agree with Mike that it actually makes little financial sense for Nintendo to become a software publisher, and they also have the financial clout to roll with the punches and stay in the industry; with its huge franchise power, it has every chance of making it work. As Jon follows up, the Wii enjoyed success with lesser specs, while these Android platforms have done nothing to prove that they'll succeed on any level, and it's unknown whether many gamers — as in the millions that would make it "mainstream" — actually want to play smartphone/tablet experiences on the TV. I'm not convinced.
I also think that the dismissal in some quarters of Wii U is remarkably similar to the 3DS headlines in summer 2011, when Nintendo was supposedly exiting the handheld market. Some top-notch games and a price drop quickly showed that the market is still there, albeit not as big as in the DS' heyday, and I think a combination of big games and, yes, a price drop, will in all likelihood prompt a similar boost for Wii U. It won't hit Wii levels, I don't think, but its brand, concept, software and a more accessible price (lower than PS4 and Xbox next) will see it compete and help Nintendo make an operating profit again. If that plays out the doom and gloom with skulk away, to return again with Nintendo's next system.


I think one thing that this quote does show is a level of gaming snobbery that exists right now, with the "360-tech" and comparison to un-tested Android consoles demonstrating it perfectly. A lot of self-proclaimed hardcore gamers and, also, quite a lot of people — paid or otherwise — that write about games, have decided that Nintendo is no longer representative of real gaming. Just look at mainstream coverage in many outlets; articles about the "next-gen" that don't mention Wii U at all, minimal space dedicated to a big Nintendo release but pages and pages to the new CoD. The snobbery goes in the opposite direction, too, as some Nintendo fans will dismiss Xbox and PS3 gamers as FPS obsessives with no love of fun, creative gaming. Both sides are often, I believe, in the wrong and far from the whole truth with those attitudes.


In summary though, I don't think Wii U is doomed; we won't know either way for a good while yet.
Click to expand...

What do you think, is Nintendo doomed?

... if power was still the sole barometer of success, Wii would never have made it off the production line.
Click to expand...

This. Every single argument against the Wii U's specs are suddenly null 'n void.

As for everythin' else the nay-sayin' gamers might utter, t'is a load'a bull far as I'm concerned. For example, why the hell would console gaming outright die to mobile gaming? Movie theaters still exist as an entertainment medium, despite DVDs, things like Netflix, and piracy bein' at an all-time high. As it's been said time 'n again in other threads regardin' this topic, console gaming offers an experience portable gaming on a smart phone won't be able t' even properly imitate for a very long time.

That, and I'm relatively confident in assuming that gaming piracy 'n borrowing games (or Gamefly, for that matter) are less common than movie piracy and legal methods of watchin' movies without givin' much or no profit t' the copyright holder.

Needs more games. Or at least, more trailers and info on games.

This and I dont mean multi platform titles
A games machine lives and dies on its exclusives.

DBloke said:
A games machine lives and dies on its exclusives.
Click to expand...

T' answer your question, the 360 lived off of idiots.

Ok not all are good

The Wii U has a better exclusives list. :lol: And this is pre-1st party releases.

Splash_King said:
The Wii U has a better exclusives list. :lol: And this is pre-1st party releases.
Click to expand...

Wii U has no gaems

But quite a few games are coming out for it, correct?

Neosquid said:
But quite a few games are coming out for it, correct?
Click to expand...

Some developers are moving away from it

In other words, all.

What about stuff like Pikmin 3, Super Smash Bros, New Super Mario Bros U, Xeno U, Wind Waker U, etc? Stuff like that is enough to get me to buy it. And that's not including the non version exclusives like Ass Creed.
Last edited: Mar 17, 2013
You must log in or register to reply here.

Imagining Metroid on Nintendo’s Wii U

PS3/Vita Combo vs Wii U controller/3DS

Wii U GamePad Lookalike On the Way