i'll post up an OC template later. if needed i can do a disney character(so long as it isn't little mermaid. i f***ing hate that movie. in KH2 i refuse to do that world, even if it means i'll never 100% the game)

How many are we allowed again? I want either Aladdin or Auron as my characters but I'd like to make my own aswell.
S

here you go ninja. my character

Personality: Issa is a kind guy. He likes to have fun and hang out with friends more then do work. He's somewhat lazy and doesn't like to be rushed. He's ok with fighting but doesn't like to kill people. He also gets along well with animals.

Bio: Issa was once a care free kid. He never had any troubles and he never caused any either. But one day the Heartless attacked. They stole the hearts of everyone he ever cared about, including his parents. When they came for him, he did his best to fight them off. Just when all hope seemed lost there was a flash of light and the Heartless vanished. When the light subsided, Issa was holding a keyblade. Since then he's been traveling around, defeating Heartless and helping whoever needs it.

Weapon: His Keyblade, called Frozen Wing. Issa is very skilled in its use. Frozen Wing enhances his ice magic to a higher level of power. 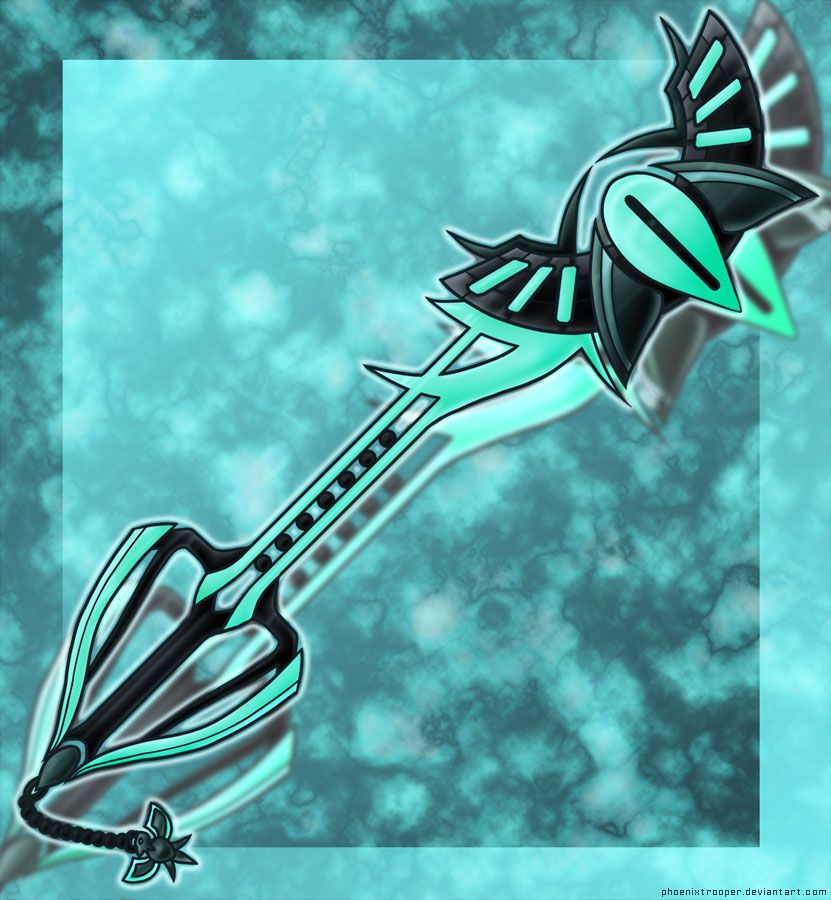 Powers: Issa is an expert in ice magic, whether its offensive or defensive. He can shoot off ice blasts or make a second sword out of ice. Issa can also make walls and barriers with his ice for defense. He's gotten so used to his ice, it takes a lot for him to actually get cold.

I'll post Big O's profile. I do not have a drawing however.... Big O is a GOOD guy, he just has a dark bio.
Name: Big O (real name unknown)
Age: 25
Appearance: Tall, wears black jeans, and a black shirt. Wears black shoes, and has dark brown hair.
Personality: Big O is agressive, but cares about his friends and allies. He finds fun in fighting. He LOVES to fight other people. Whenever he is angry, he is very difficult to calm down. He does not finish off people, but doesn't leave without a fight.

Bio: He was once in a group called the Dark Knights. He left the group, searching for a stronger group to ally with. However, during his search, he was attacked by another outlaw who once in the Dark Knights (all Dark Knight members were dark cloaks, not like Orginization XIII, but they have red stripes on them). The outlaw said that one time, when Big O was recruited the leader told Big O and the outlaw to fight. If Big O won, he would be a Dark Knight. If he lost, the outlaw had the authority to finish Big O
off. Big O won, and the leader said he could kill him, but Big O could not kill him, but decided to leave
him wounded. The outlaw left the group in shame and humiliation. When the outlaw found Big O, he said
he was gonna kill him for making him a weakling. The outlaw drew a switchblade out, and charged after
Big O. Big O had no weapons. When Big O was shocked to see that when he was about to die, a light
flash and dark mist appeard. Then, Big O looked in his hands to see 2 Keyblades. A light and a dark Keyblade. The outlaw said, "You may have those weird weapons, but I can still finish you off!" The outlaw charged again, and Big O was controlled by instinct, and cut both of the outlaw's arms off with the Keyblades. The outlaw fell to the floor, still alive, but unconscious. Big O took him to the hospital. When Big O took the outlaw to the hospital, Big O took the outlaw's dark cloak, and left, still searching for a group to join.

Weapons: The Keyblades are called Alpha and Omega, Alpha having darkness, and Omega having light.. These Keyblades have minds of their own, yet, Alpha is the darker one, filled with the 7 deadly sins. Pride, envy, gluttony, lust, anger, greed, and sloth. Omega has the 6 perfections. Generosity, ethics, patience, enthusiastic perseverance, concentration, and wisdom. Both tip the balance of good and evil. Big O will have to choose either one when the time comes...

Powers: Alpha and Omega both increase his dark and light spells. But both keyblades have abilities. Big O can use Alpha form, which increases his strength, speed, defense, and increases dark magic's strength by 10x. (this action causes his personality to become darker, and if he uses it to it's maximum ability, Big O will become fully evil.) Or he could use Omega form. Omega form increases light magic strength, and reduces the energy to use light magic. It reduces dark magic's strength by 10x, and increases the energy to use it (using Omega form makes his personality better, making him good. If he uses Omega form to it's highest limit, he will become good.)
Last edited: Jan 1, 2010

Blair D. said:
Hate to burst your bubble, but she said having King Mickey as a character was fine.
Click to expand...

Gaaaaaaah... Another thing to be annoyed by, considering I don't have the free time to participate in this. I have literally 10 (viable) ideas for profiles just off the top of my head...

Ah well. If this takes off, I'll certainly be subscribed. Best of luck with the RP, everyone.

Thanks, I hope it becomes a great success
OP

as do i blair
OP

I would be a nobody.

Back from the dead
You must log in or register to reply here.