My N64 has been getting a lot play of late.

After almost an entire in-game year, the Sarrinid Sultanate and now Swadia are no more.

That, and I'm also bloody rich. Lordly armor, expensive? Nonsense! Not when you own four towns.


Bodine said:
You know what I hate? Brotherhoods combat system being less fluid than AC2s. How did they screw that up?
Click to expand...

LESS fluid? I'd say it was the exact opposite... In fact, I'd say AC1's combat system flowed better than AC2, if not a tad broken if you know how to break it.


Doomsteady said:
AND WHY IS EVERYTHING SO EXPENSIVE!?!?
Click to expand...

In AC2, you could just drop all of your funds into Monterigionni and get unfathomable profit at about the mid-point in the game, and you'll almost never find yourself short on florins as a result. They didn't want it to be so damn easy to get all the newest equipment 'n such a second time.


Doomsteady said:
It was the story for me.
Click to expand...

Story of the assassins > the actual plot.

All the endings after AC1 were just... lolwut. The craziest of cliffhangers.

I didn't kill 'em, actually. I hear that the axe doesn't count as a Daedric Artifact for... uh, stupid programmer reasons.

Could be a load of **** though, unreliable source.

These Borgia Captains running away as soon as they see me is annoying...... I had to just run through a ton of guards like a maniac just to yank him off his horse......

Playing some Sonic hacks on my Megadrive.
Some are awesome, a lot are lame

Hookblade, dunno how I feel about that, though zipline assassinations are truly epic.

Not going to lie, I play through the game just anticipating Altair gameplay, for the most part anyway, I love Ezio, but I just missed Altair.
OP


Bodine said:
I love Ezio, but I just missed Altair.
Click to expand... 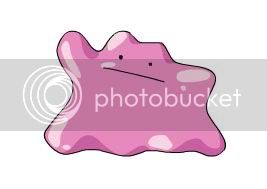 Which I find strange, admittedly. Ain't like Altair was brimming with personality.

We ran into one of the more popular trade scammers. He was using hijacked accounts. Luckily, the admins caught on quickly.

FINALLY got the Jungle Pirate B armor for LP2. Shame Im selling it this weekend.

SSBfreakCK said:
Which I find strange, admittedly. Ain't like Altair was brimming with personality.
Click to expand...

You can't help but like Altair more in Revelations than in the first AC. They definitely developed his character a LOT more this time around.

But still, Ezio is my favorite for now. His character is far more fleshed out, his scenario seems more real and his personality has way more depth.

My favorite Assassin by far: 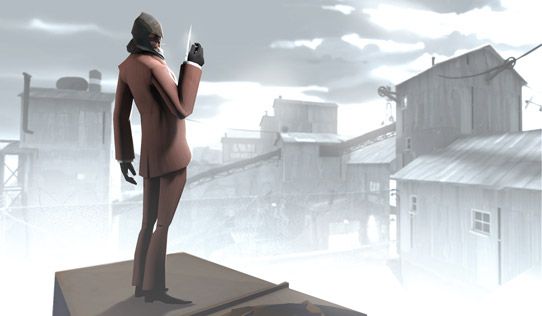 Yes, that is a real hat. The wristblades are also a real weapon. He's got more character than the other Assassin's too.
OP

Finally maxed out Two-Handed. Now, onto Destruction... And after that, grinding all the rest of the magic skills. Joy.


WiiAssasin said:
He's got more character than the other Assassin's too.
Click to expand...

Lies and deceit... Which is quite fitting for a post regarding the Spy, really. I now see the motivation of spreading such slanderously blatant fallacies.

SSBfreakCK said:
Lies and deceit... Which is quite fitting for a post regarding the Spy, really. I now see the motivation of spreading such slanderously blatant fallacies.
Click to expand...

Wrong. I believe you mistook "character" for "badass" or "good natured". Yes, he's one of the biggest dicks in gaming, but is brimming with more character than what you find in games with a single player story.
You must log in or register to reply here.

The Official "Searching for Players" Thread
2