Hi, as you know I'm a huge Nintendo fan. Also, I'm a hardcore gamer too, when I had the Wii in 2006 and during 6 years I reached the magical number of 110 Wii games in my collection, the mayority from third-parties. Now I plan to get almost 150 Wii U games, again from third-parties. I'll show you some of my favorite games that I have now, and the future games that I want to get. Check this out some pictures. 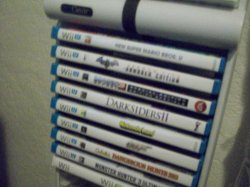 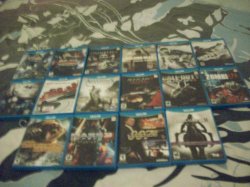 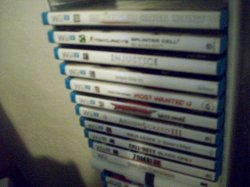 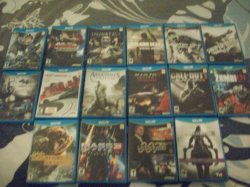 Now, I'll show you my Wii U and its accessories. 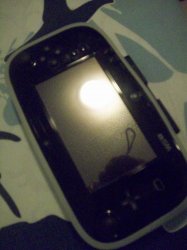 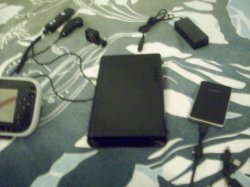 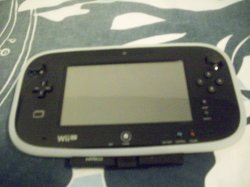 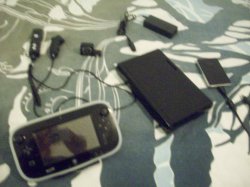 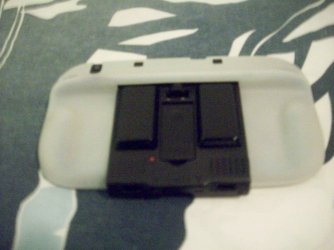 What you think, my friends. Well, I plan to buy the following Wii U games:

And many more the next year, with that level of support why the third-parties don't bring their best AAA titles to the Wii U. Now there is not excuses, the Wii U has enough horsepower to run those games even if they are next-gen games...
Last edited by a moderator: Dec 1, 2013 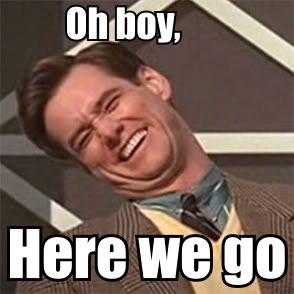 ​
Another IM SO HARDCOREZ thread

Problem is with your list is they are not just WiiU games
Last edited: Oct 22, 2013

stickmode said:
110 Wii games in my collection.
Click to expand...

That's half compliment to your epic gaming library, half insult to how you handle your wallet.


DBloke said:
Call of Duty Ghost - Its going to be Ghastly
Click to expand...

Gotta remember that one...

Well, my friends we need to do something. If we won't support them, the third-parties will never port their AAA games to Wii U, take for example NFS Rivals. This game don't come to Wii U due the low sales of NFS Most Wanted, do you see what I mean?. I'm sure that anybody wants the Wii U lifecycle with only Nintendo first-party titles or kiddy games, right. Another example is Metro Last Light, this game is fully supported by the Wii U hardware, but it didn't come to Wii U due to low install base and the fear of THQ to get very low sales, and not the simple excuse that the Wii U can't handle the game as the developer said. What I did, I have to buy it on PC, but if this title have been released on Wii U off course I would buy it on Wii U than PC.

No amount of support will fix the anti-U-porting issue. Developers are either pro-Nintendo or anti-Ninty, either because they're bigots that don't realize month-late ports don't sell very well, or are just bigots.

a lot of nintendo gamers feel they are above 3rd party games on xbox and playstation....so they refuse to pay full price for them...
it hurts nintendo 3rd party support in the end..

oh well...things wont change...unless nintendo caters their system to third parties instead of their own franchises. who wants them to do that?

FloYdian said:
a lot of nintendo gamers feel they are above 3rd party games on xbox and playstation....so they refuse to pay full price for them...
it hurts nintendo 3rd party support in the end..

oh well...things wont change...unless nintendo caters their system to third parties instead of their own franchises. who wants them to do that?


That's right my friend, the Nintendo gamers in this case the Wii U owners are whom creates this situation, since the N64 years we have received poor support from third-parties. Why?. Because they don't buy those games, thinking are watered-down ports from other consoles and only buying first-party games. Is in our hands to change that situation, give a chance to third-parties people, so lets them to increase their Wii U support. You know like me, if this happens the best AAA titles will come to Wii U, because the Wii U is capable to run those games...
OP

Unleash the hardcore gamer in you!!

Hi everyone, I have to say what I think about the Wii U and the PS4/XboxOne launches. First, as a hardcore gamer and from my point of view the PS4 and the XboxOne don't offer enought gaming experience to make the effort and buy one of those consoles at that price level (you know $400 to $500 bucks), the high level graphics that atracts me are the same as the current consoles plus some little improvements. Again, this don't justify that price and talking about the horsepower, the PS4 is more powerful than the XboxOne and it cost lest, the Wii U offers a good level of graphics plus the gamepad features at lower price, that is a deal people. You know some gamers say that the low third-party support and the lack of good games is the cause they don't buy a Wii U, don't get me wrong people!!. If you already know the Wii U has an enough game library of good titles for everyone, if not take a look of my third-party game list, also if you wanted to buy good games this holiday buy the four titles that I suggest in this thread, but don't believe in stupid excuses from Sony or Microsoft like "Oh the PS4 sold 1000000 consoles in the first launch day" "Oh the XboxOne is the highest pre-ordered console this season", or "The Wii U gets the lower rating of purchase intend compared to other consoles". All of those assumptions are publicity payed to convince the gamers and buy their consoles. You know one million PS4 sold or shipped to retailers, do you see the difference?
The Wii U offer the best value for your money in the price/gaming experience segment.

Neither did the WiiU at launch.

If you are talking about their lack of graphics, the WiiU is worse off

Mario is the future.

Splash_King said:
Mario is the futa.
Click to expand...

Y'all don't Google that, you'll regret it. Srs warning is srs.
OP

Unleash the hardcore gamer in you!!

Hi, now I'll show you my new additions to my collection this holiday season. Check this out!! 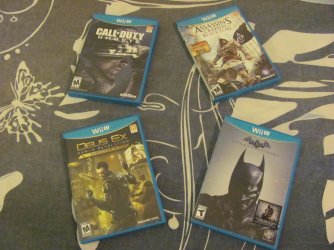 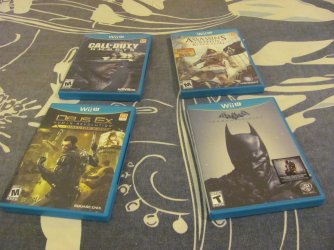 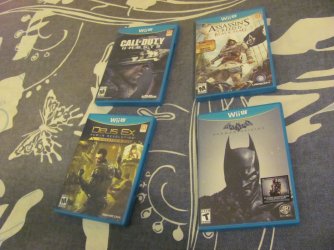 With those games you'll enjoy the best holidays, even better than buy a PS4 or a XboxOne. Who says that the Wii U doesn't have enough good games this season!!

Those games are also on PS3/360/PS4/XBOXONE, or are you walking thought a game shop blindfolded these days?
You must log in or register to reply here.

How Wii U performs in the 2013 Multiplatform game camp?
2