I have no clue anymore

Sorry I can't make sign ups as complex as you guys because 1) I don't know the story as well as you and 2) I am a weaker writer, even though I have roleplayed ever since the Alternate Plot, which was AGES ago. 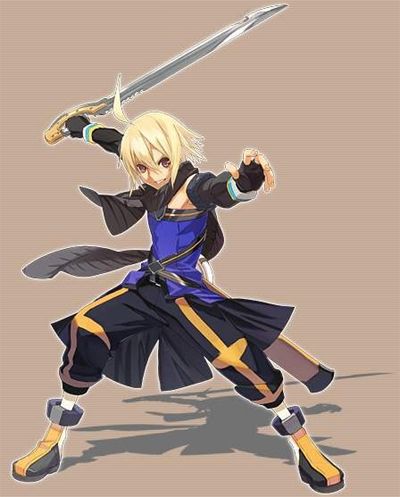 He has got green eyes, not red.
Bio: John Wale, is a kid from the town, that was bombed. His family was very happy. His parents were about to have another child and their business for medicine was very successful. However, when the bomb hit, everything changed. John was the only person from his family, who escaped the collapsing building. He is now hiding from the Destrian terrorists, saddened and angry at them. He wants revenge. He wants them to pay for ruining his life. It is now dawn in the town and he barely had any sleep. Recently, he has felt waves through his body, coming from his feet, to his chest. It confuses him and every time he thinks of revenge for his family, the energy inside of him feels like it's building.
Personality: Depressed, too trusting of others, puts himself down alot. He can get angry quickly.
Powers: They are not confirmed
Role in Realms 1: N'A
Theme Song:
[video=youtube;eV4JJPqoMfE]http://www.youtube.com/watch?v=eV4JJPqoMfE&feature=PlayList&p=ABD11BC5EDF1B3F3&index=2[/video]
Last edited: Sep 26, 2009

Battling against my brothers

you're a little late to sign up. we started yesterday

I can still take part

Battling against my brothers

you do what you want. talk to Shadow*91 about that

Sorabrawls got the goods!!!
*overly excited*

so i'm assuming that the town happens to be the one i demolished in my opening post?
you're accepted, but i can't add your SU into the first post for awhile.

what is the name of this town, Shadow?
OP
S

i never named it because i figured that nobody would actually do anything with it. you free to go ahead and name it whatever you want.

I forget who said it, but someone already named it Destiny Post

if anybody has any paint skills I thought we could revise the map...add a few cities and forests,
OP
S

oh geez i remember that. i made a crap version and Dal fixed it up for me.

for everybody thats new, that is the map of Renit. just replace Destry with new Salfir and you have the current layout of the Realms world.

@lbu: you can't really put a lot of detail into it unless its made bigger. there's not enough room on it.

I have no clue anymore

To all who Role Play, and any who remember the success known as Realms...